Your browser does not support JavaScript!
Home/News/What is one Benefit from Moving to Liverpool?

Did you know that research commissioned by the Creative Land Trust illustrates an outperformance of residential values in areas with a cluster of creative industries? Creative industries in Liverpool include all types of artists, screen printing, film making, music, performing arts and rehearsal space. The findings will apply in any location. The results are hard evidence that successful placemaking by developers translates into increased demand and, ultimately, economic value.

‘Liverpool is leading the way.’

It’s a subject or headline that I’m sure we all enjoy seeing while reading the news. And we’re seeing it increasingly frequently.

It might be due to the city’s recent statement that it is leading Europe in next-generation life science manufacturing. It might be that Liverpool has been designated as one of the greatest areas to do business in the UK. Or, it might be because it is now home to one of the best football clubs in the world. However, another area in which we see Liverpool flourishing is creativity, as seen by the growing number of hubs dedicated to leasing space to our region’s digital, creative, and IT SMEs. It looks to be related to the Baltic Triangle, one of the city’s biggest success stories.

There has been an explosion of news about new launches of such centres in recent weeks and months. Which might soon benefit districts from Birkenhead to Southport. Baltic Creative, the company behind many of the Triangle’s accomplishments, revealed on their 10th anniversary this month that they were considering expanding into five more sites. The company has a more than 120,000-square-foot area head quarters and is home to over 180 enterprises. It has been successfully turning old buildings in the Triangle into offices and spaces for creative organisations since 2009.

It’s easy to get carried away with these things. But how could we not be impressed by such ambition? especially with Creative’s promise to spend more money on its existing L8 facilities. Even when the company is facing difficult economic and political issues conditions? Such actions might go a long way toward assisting efforts to rehabilitate such regions. Some of which are still poor and forgotten.

It would be wonderful to see them given the same opportunity to develop as the Baltic did all those years ago. It’s worth remembering that the Triangle didn’t have street lights until 2008.

It’s fair to say that Liverpool is a solid creative hub. It boasts possibly the best creative industries in the UK and even in Europe. If you are seeking to move to this fantastic city, this is just one of the many reasons to do so.

If you are thinking of moving house and aren’t sure where to start looking, give our team at Qube Residential a shout for any queries. A member of our friendly team will be happy to assist you with any questions.

Source: Dataloft, Ramidus Consulting, Hawkins\Brown, Creative Land Trust, Creative Estuary & Get Living, based on a comparison of prices within a 10-year window in London.

Is Liverpool a student-friendly city? 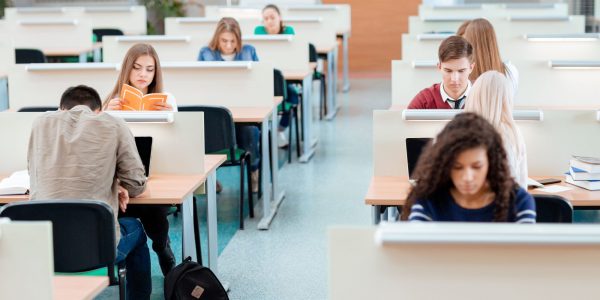 The Best Productivity Apps For University in Liverpool